a) Where do you live?

b) Where are you from?

In the last two lessons, we learnt about 6 different types of Pronouns. We have 3 more to go, which will be covered in this lesson.

Relative clauses are groups of words that have both, a subject and a verb, and modify (give more information about) a noun in a sentence. So, in order to add a relative clause, we should definitely add the relative pronoun.

Note: In the above sentences, the words in blue are relative pronouns.

The underlined parts of the sentences are relative clauses, giving more information about the noun appearing just before the relative pronoun.

Below is a table displaying a list of Relative Pronouns:

1.WHO, WHOEVER, WHOM, WHOMEVER

These pronouns mainly refer to people (or pets that are called by name and considered as persons).

Which, whichever are always used to refer to animals or inanimate objects and places. The relative pronoun that is similar to which, but it can refer to people as well.

The relative pronoun whose is always used to refer to possession, such as people, things or animals.

We use when, whenever as relative pronouns when referring to time.

We use where, wherever as relative pronouns when referring to a place.

FILL IN – WITH SUITABLE RELATIVE PRONOUNS:

Reflexive pronouns end with -self or -selves and appear as the object of the sentence, where the subject and object refer to the same person(s) or thing(s). The words myself, yourself, himself, herself, oneself, itself, ourselves, yourselves and themselves are examples of reflexive pronouns.

The words myself, yourself, himself, herself, itself, ourselves, yourselves and themselves can also be used as intensive pronouns. They usually appear right after the noun or pronoun they are referring to, and are used for emphasis.

REFLEXIVE VS. INTENSIVE PRONOUNS – HOW TO DIFFERENTIATE

These two types of pronouns can be differentiated from each other in the following manner:

On removing the Reflexive Pronoun, the meaning of the original sentence is changed.

She made herself a hot cup of tea.

If we remove the reflexive pronoun herself from the above sentence, we lack vital information about whom she made the hot cup of tea for. In other words, the meaning of the original sentence is changed (not completely retained).

On removing the Intensive Pronoun, the meaning of the original sentence does not change.

In the above sentences, the intensive pronoun herself only provides additional emphasis on the subject She. So, removing this pronoun does not change the meaning of the original sentence.

IDENTIFY – THE REFLEXIVE AND INTENSIVE PRONOUNS:

1.WHERE DO YOU LIVE?

Normally when we meet someone new who initiates small talk, after asking us our names and what we do for a living, the next question that usually pops up is about where we live. So let’s learn different ways to ask and answer this question.

Note: Sometimes, this question is asked to check if the other person has anything in common with us.

Also remember that if we are familiar with the area where the other person lives, we should be careful NOT to say anything negative, like

Eventhough these statements may be facts, they may be considered offensive or rude to the listener. Hence we should refrain from making such negative statements.

Instead, we can say something positive/ appreciative about that place

2.WHERE ARE YOU FROM?

When someone asks us this question, it means they would like to know about our native place or hometown. It could also mean the city, state or country we are from.

In few countries like India, the questions mentioned in e) and f) above, are acceptable. But in countries like the US, where many residents are immigrants from other countries, they may not like us asking the question, “Are you from Asia?”, as it may be considered racial discrimination.

So, to be on the safe side, let’s stick to the more commonly asked question, “Where are you from?”, and let the other person tell us where they are from; or if you meet the person in Goa, you can ask, “Are you from Goa?”.

Note: Just as we learned earlier, we must avoid saying anything negative about others’ hometown or country. 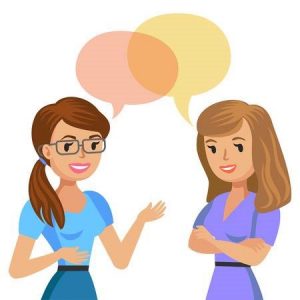 Suganya:       Wow! I’ve heard that entire area is lovely, with so many flowering plants and trees all around.

Suganya:       No, I live on the other side of town, near the Anna Nagar Museum. 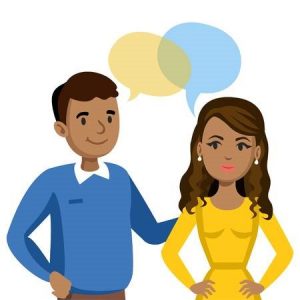 Manisha:       You are welcome, Drake. What about you? Where are you from?

Manisha:       I’m sorry I’m not familiar with it. Is it huge? Which language do you speak?

FILL IN – WITH APPROPRIATE PRONOUNS:

COMPLETE – USING RELATIVE PRONOUNS AND THE WORDS IN BRACKETS: 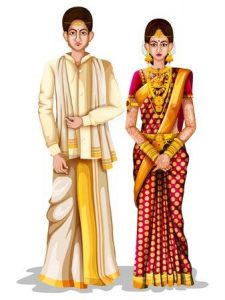 Imagine you are at a wedding reception – it could be an Indian or a Western wedding. You have just met an old friend at this party after many years.

Try to build a conversation with your friend about what you both have been doing since you last met, as well as about the wedding arrangements, the couple, the food etc.